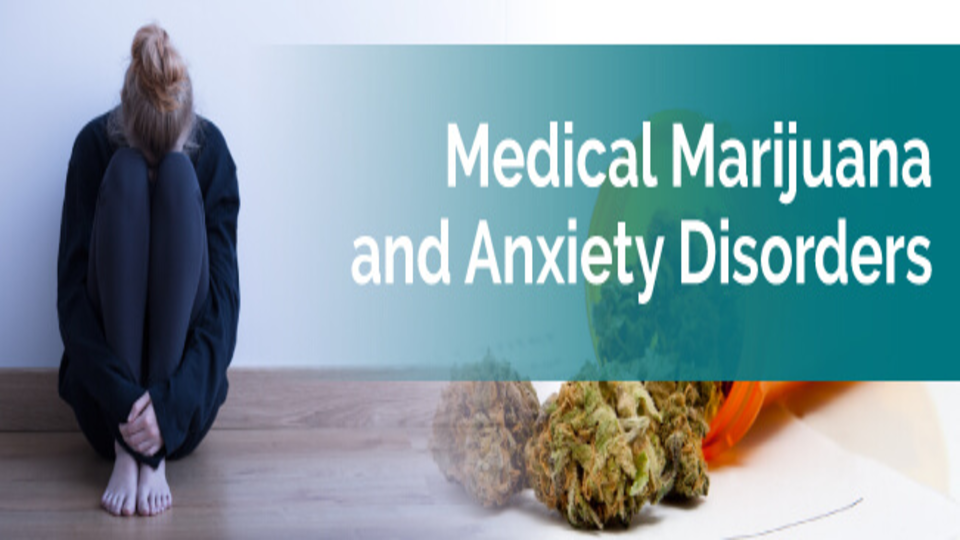 Medical marijuana is legal in 33 US states now, including California. If you are diagnosed by a condition listed in CA qualifying conditions, you can easily get a medical marijuana card Fresno CA. Additionally, you can grow marijuana plants at home for personal use.

Medical studies show that cannabis can be used as an effective treatment option for anxiety, depression, insomnia, ADHD, PTSD, etc. In the marijuana plant, there are more than 100 cannabinoids, which have amazing medicinal properties. By selecting the right combinations of cannabinoids, such as THC and CBD, you can easily alleviate your symptoms and improve health.

With scientific evidence that cannabis can help ease anxiety, depression, and insomnia symptoms, more patients are turning to it. It’s safer than anti-anxiety medications, antidepressants, and sleep pills. Studies show that cannabinoids help improve health by stimulating the endocannabinoid system of the body.

The endocannabinoid system is a cell-signaling system. It contains receptors present in the nervous system, brain, and other parts of the body. The system manages different functions of the body, including sleep, mood, memory, metabolism, etc.

Anxiety is one of the most common mental health conditions. Millions of Americans are suffering from this condition. Medical researchers have found that anxiety can directly affect a patient’s focus, creativity, and productivity.

Cannabis compounds are similar to neurotransmitters produced by the body. When the cannabinoids are delivered into the body, they help in alleviating anxiety and depression symptoms effectively.

A 2017 review for the University of Washington reported that modest amounts of cannabis can help reduce anxiety levels. Susan A. Stoner, a research consultant for the Alcohol and Drug Abuse Institute of the University of Washington, noted that high doses of THC can deliver opposite effects, such as increased anxiety levels. However, CBD was found to deliver more consistent results.

Some animal studies reported that cannabis use can help improve cognitive function and health issues associated with anxiety and depression.

Antidepressants such as Prozac, Zoloft, and Celexa are commonly used by anxiety and depression patients. The American Psychological Association says that about 8 percent of people ages 20 and 39 have taken prescription antidepressants in any given month.

Mixing marijuana with antidepressants can deliver adverse effects. So, it’s not recommended. Additionally, it’s hard to measure the effectiveness of each treatment when used together. Medical experts say that patients should take one treatment at a time to check how it is working.

Marijuana compounds are helpful in providing relaxation and reducing stress. A study published in 2008 reported that taking high-THC strains is effective in reducing the amount of REM sleep. Moreover, marijuana can help PTSD patients deal with nightmares.

A study on 147 participants with or without sleep problems found that the herb helped improve sleep.

Unlike THC, CBD doesn’t bind directly to CB1 or CB2 receptors. Instead, it increases the ability of endocannabinoids to bind to these receptors.

A study published in The Permanente Journal discussed a case study related to CBD for sleep and anxiety. The case study analyzed 47 patients with anxiety at a mental health clinic. The majority of the patients received 25 mg of CBD while patients with severe anxiety received 50-75 mg of CBD.

The study reported that 79 percent of patients improved anxiety after one month of treatment while 78 percent reported improvement in the second month.

How to Consume Medical Marijuana?

Of the many factors influencing the effects of marijuana on your body and mind, the delivery method is one. If you smoke or vape cannabis, the cannabinoids will enter the bloodstream instantly, thus improving health. But, edibles don’t kick in instantly. So, it’s important to analyze your condition and select the consumption method accordingly.

Related- Tips For People Consuming Cannabis For The First Time

Smoking is the most popular cannabis delivery method. You can smoke cannabis through water pipes, joints, etc. It involves heating flowers to extract active ingredients such as THC and CBD and inhaling them in the form of smoke. The smoke reaches the bloodstream through the lungs and provides immediate medicinal effects.

On the other hand, edibles take some time to deliver their medicinal effects. Medical researchers believe that edibles kick in anything between 30 to 60 minutes. However, their effects last for about 8-10 hours. The most important advantage of edibles over smoking is that combustion of the substance doesn’t occur in the former. That means, without damaging your lungs, you can enjoy the therapeutic benefits of cannabis.

There’s a wide range of cannabis-infused edibles that you can make at home. However, you should carefully dose home-made edibles to avoid receiving an unpredictable high associated with THC.

When using cannabis for anxiety relief or boosting sleep, you should consume the right strains. What does that mean? You should buy the strains with optimal levels of THC and CBD. The medicinal effects of different strains may vary depending on the ratio of cannabinoids in them. Some strains provide energizing effects while others relax the body. Talk to your doctor to learn what’s right for your condition.

How to Get a Medical Marijuana Card Online?

A medical marijuana card Fresno is required to buy cannabis products from licensed dispensaries. If you don’t have a card or your card is expired, you will automatically become a recreational user.

With telemedicine, you can easily apply for your medical cannabis card from home. The process takes less than 10 minutes and involves three simple steps-

Medical marijuana can help improve mental wellness. Research says that the herb works perfectly for patients with anxiety, depression, stress, PTSD, etc. It contains cannabinoids, which when consumed, interact with the endocannabinoid system, thus improving mood, sleep, and various other important bodily functions. The cannabinoids can help correct endocannabinoid deficiency, which is one of the major causes of certain health issues.

The method of cannabis consumption you use plays a key role in the type of effects your body and mind experience. Smoking provides quick effects, but it’s not safe, especially for patients with lung problems. Taking edibles is safer than smoking, but they kick in slowly and last longer. Seek professional help for using cannabis for managing your health issues.
Visit our medical marijuana clinic to get MMJ recs today.

You will receive your medical card in PDF format in 10 minutes by email. An embossed hard copy is sent by mail.